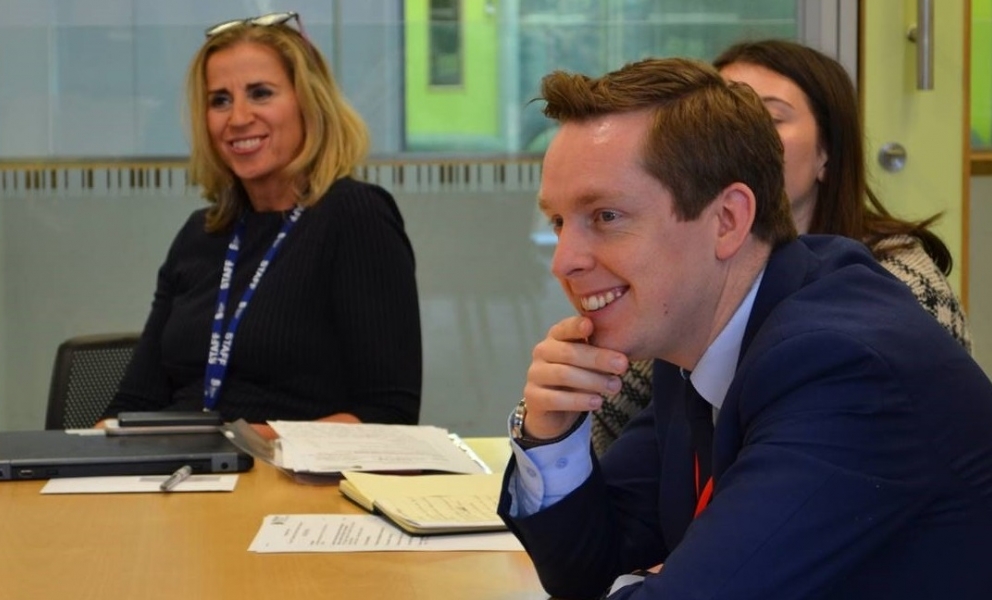 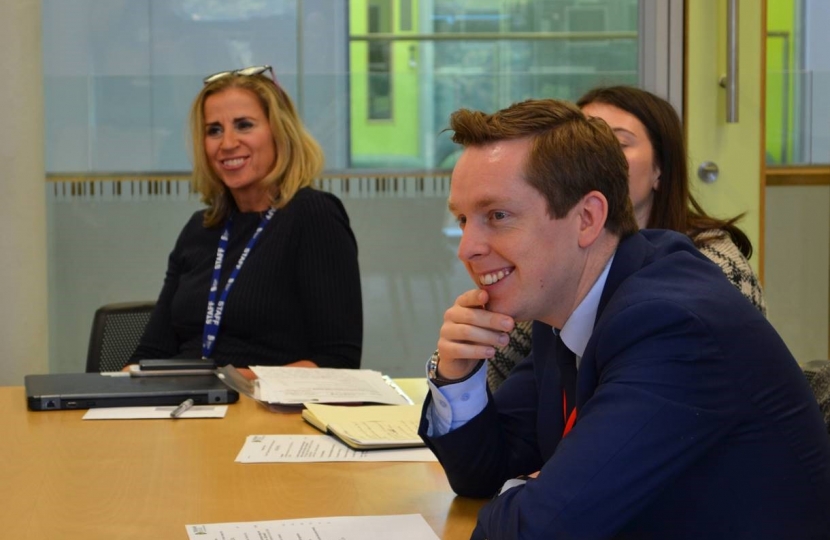 Tom Pursglove was first elected as the Member of Parliament for Corby & East Northamptonshire in May 2015 and was subsequently re-elected at the General Elections of June 2017 and December 2019.

Tom grew up in nearby Wellingborough, and prior to his election, was already well known in and around Corby & East Northamptonshire as a result of his political activity and sporting interests – he swam competitively locally, still plays the very rare game of cricket for the Wellingborough Old Grammarians and as an ECB qualified umpire, has long officiated local women’s and men’s league matches.

First elected to serve the Croyland Ward on the Borough Council of Wellingborough in 2007 at the age of 18 - the youngest councillor in the country at that time - and as the former Deputy Chairman Political of the Wellingborough Conservative Association, Tom is very familiar with the issues facing North Northamptonshire, and even before being selected as the Conservative Parliamentary Candidate in April 2013, was fighting for improvements to local infrastructure, against unwanted overdevelopment in our rural communities, and for the Rushden Lakes development at Skew Bridge - all successful campaigns, having worked closely alongside local people.

Comprehensively educated at Sir Christopher Hatton School in Wellingborough and having received a degree from Queen Mary College, University of London, Tom went on to work as a Parliamentary Assistant to Chris Heaton Harris MP. He was also the Director of Together Against Wind, the national anti-wind farm campaign, and in that role, led the charge to secure national policy change in relation to onshore wind farms – an important issue affecting East Northamptonshire, in particular - and a policy change which was delivered by the Government following the 2015 General Election.

Being from a policing family, Tom has a keen interest in policing policy and has been a consistent advocate for greater support for the police - both in funding terms, but also in terms of health and wellbeing support for officers, having been a leading advocate for the Government to commit to a ‘Policing Covenant’, which it now duly has. He is also a keen runner, having run the London Marathon three times for local charities and was the Chairman of the Running APPG in Parliament.

When Tom was first selected as the Conservative Parliamentary Candidate, he launched the 'Listening to Corby & East Northamptonshire Campaign' which seeks to find out what issues matter most to local people, so that he can best reflect and champion local views and concerns to policy makers both locally and nationally. In the time that Tom has served as the local Member of Parliament, he has been committed to working hard on behalf of all local people, regardless of how they vote, and the 'Listening Campaign' has remained integral to the work he has done as the Member of Parliament for Corby & East Northamptonshire.

Following the election of Boris Johnson as Leader of the Conservative Party and Prime Minister in July 2019, Tom was appointed an Assistant Government Whip - a role he fulfilled for two years before being promoted to Parliamentary Under Secretary of State at both the Home Office and the Ministry of Justice in the September 2021 reshuffle. This is a role that he continues to work on in addition to his constituency duties.