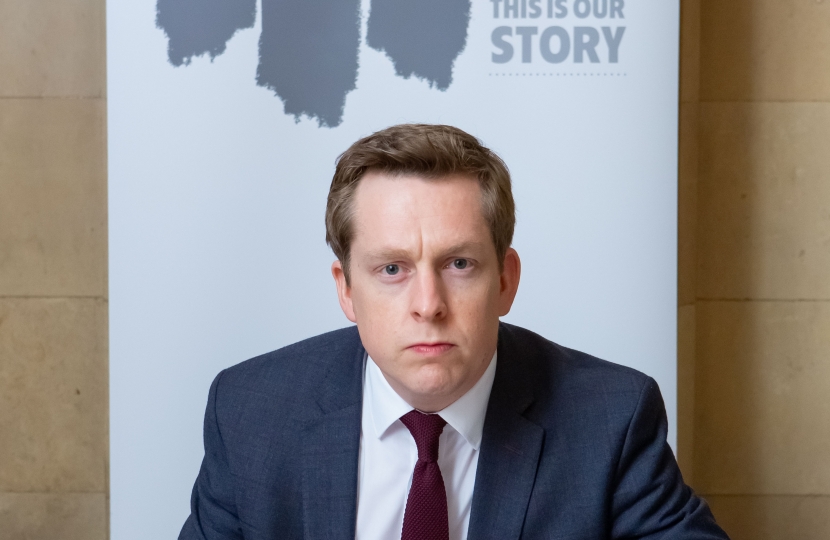 On Thursday, I was honoured to sign the Holocaust Educational Trust’s ‘Book of Commitment’, and again pledged my commitment to Holocaust Memorial Day; honouring those who were murdered during the Holocaust, as well as paying tribute to the extraordinary Holocaust survivors who work tirelessly to educate young people today to make sure the horrors of that time are never repeated. I also signed up last week to recognise the IHRA definition of antisemitism - an important step which all public figures should take as we work collectively to stamp out appalling hatred and evil directed towards the Jewish community.

Holocaust Memorial Day falls annually, today, the 27th January, and marks the 75th anniversary of the liberation of the former Nazi concentration and death camp, Auschwitz-Birkenau. This commemorative day is an important moment to reflect on the tragic events of the Holocaust, remember the victims and pay tribute to the survivors. I hope you will join me, and millions of others around the world, in pausing for thought and reflection. And beyond today, we all have a duty, all year round, to educate each other, ensure that the Holocaust is not forgotten, and its horrors are never able to be repeated.

Given the current Coronavirus emergency, instead of my usual fortnightly Westminster Report, I wanted to share my seventh comprehensive update on the situation both local and national, which you can find, here: https://tinyurl.com/y6w3ry2p