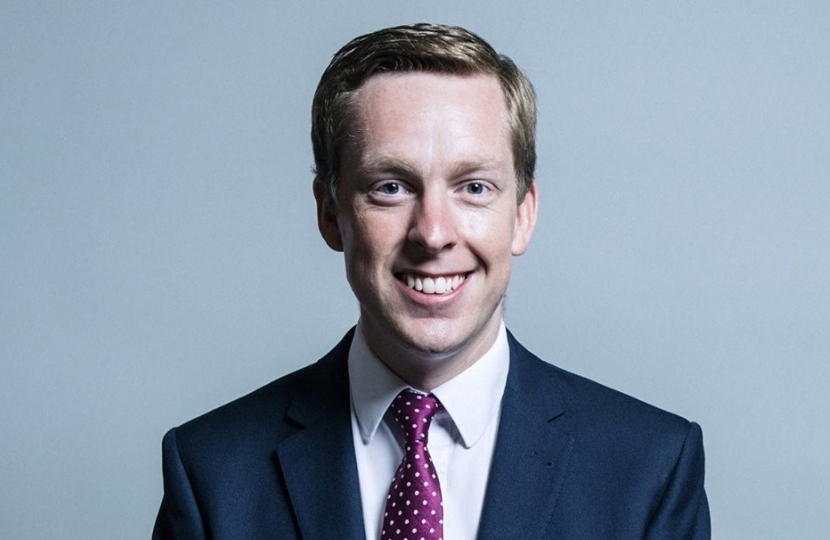 I am hugely honoured to have been asked to continue serving in the Prime Minister, Boris Johnson’s, Government as an Assistant Government Whip.

In short, Whips are appointed by each party in Parliament to help organise their party's contribution to parliamentary business and a big part of the role is to ensure that the Government has the number of votes required in order to pass its business.

Day-to-day, Whips also frequently act as the ‘tellers’ who count the votes in divisions, and are also largely responsible for arranging the business of Parliament, alongside the Leader of the House - a set-up frequently referred to as 'the usual channels'.

In terms of my role as your local MP, the only real difference local people will see is the fact that I am no longer permitted to speak in parliamentary debates, ask questions in the House, or sign Early Day Motions (EDMs); albeit I never signed EDMs as a backbench MP anyway, given they have virtually no impact in policy making terms, and raising concerns both verbally and in writing with Ministers on behalf of my constituents is much the more effective approach.

However, serving in this role is a real opportunity to raise those same issues and concerns my constituents have at the very highest levels of Government, to be sat around the table helping to shape Government policy in several Departments, and to have enhanced access to Ministers across Government, over and above that which a backbench MP would have. Nothing else changes and I will still be working on local issues, concerns and constituency cases, day in, day out, and be around and about in our community, taking part in local visits to our schools and businesses, holding my weekly advice surgeries, and getting out there knocking on doors.

Ultimately, we have a very clear mission to deliver - the Prime Minister has an ambitious agenda for our country beyond Brexit, including amongst others, putting 20,000 extra police officers on our streets, increasing funding for our schools and giving our young people the very best start in life, whilst ensuring we continue to have the best health services in the world through our incredible NHS, by ensuring it has the resources it needs.  Those are also the very priorities that local people tell me matter most to them, and this new role, which I am honoured to have been asked to fulfil, will allow me to play an active part in delivering on them at the very heart of Government.